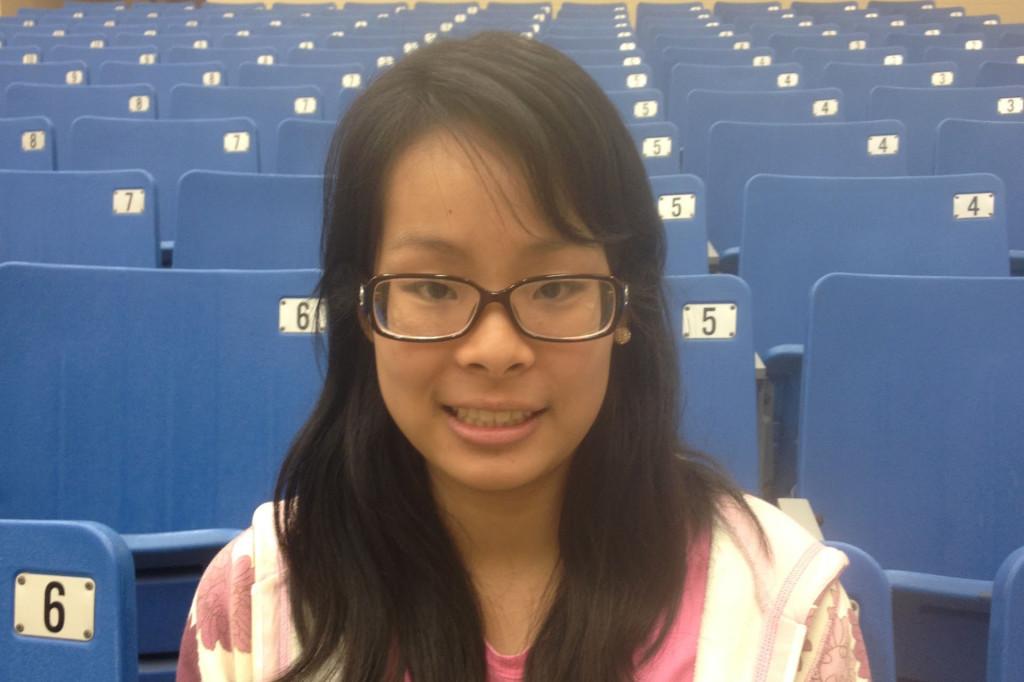 Chris Li knows how to take charge of her future.

Like many other extra-curricular activities, robotics requires hard work and determination. This year Team Kika Mana welcomed new members. One of those members is Li.

Li joined in the summer of 2013. As an aspiring engineer, she joined robotics to gain experience. During the summer she learned basic engineering things that were related to robotics.

Gordon Ing, one of the mentors in the robotics team, taught Li about torque and force. Li also learned how to calculate distance based on the diameter of wheels; how to program using Robot C; how to use solid works, which is a computer aided design software; how to make drawings of parts; and how to assemble parts using solid works. In addition to this, Li learned how to drive robots.

When the school year started, Li contributed to the team by helping build the arm of their VEX robot. Li said that the robot was almost done when she began to help. The game for the VEX competition was called Toss Up. The game’s objective was to score balls inside a cylinder-shaped container.

VEX robots are robots built with VEX parts. They have their own distinct type of wheels, bars, gears, motors and so on.

The robot that Li worked on had a rectangular chassis and a movable arm. The robot had omni wheels which allowed it to move more freely instead of just forward and backward. The parts of the robot were moved by the cortex.

The cortex is a device that had to be programmed so that a robot could move in the way the builder desired. Motors had to be attached to the parts and cortex.

In addition to building the arm of the robot, Li also competed. She was at the competitions in Mililani and Kalani. Li drove the robot at Mililani school.

Competitions were fun and stressful for Li. She had fun driving the robot but she also had to worry about scoring and making sure that nothing went wrong with the robot. Some problems could come up with batteries or there could be a dysfunctional arm, etc..

“She’s new and she learns things every day. She’s coming in and she works hard. She’s a great help to the team,” Wong said.

Li said that she has learned a lot in robotics. Despite being a junior, Li said that her time with the team helped her have a better understanding with what she wants to do.

“Before robotics, I had a general idea on what I wanted to do. It gave me an idea of what an engineer actually does. I found out that I would like to be a mechanical engineer,” Li said.

What have you learned from an extracurricular activity?