‘Darling in the Franxx’ rumbles with emotional rollercoasters 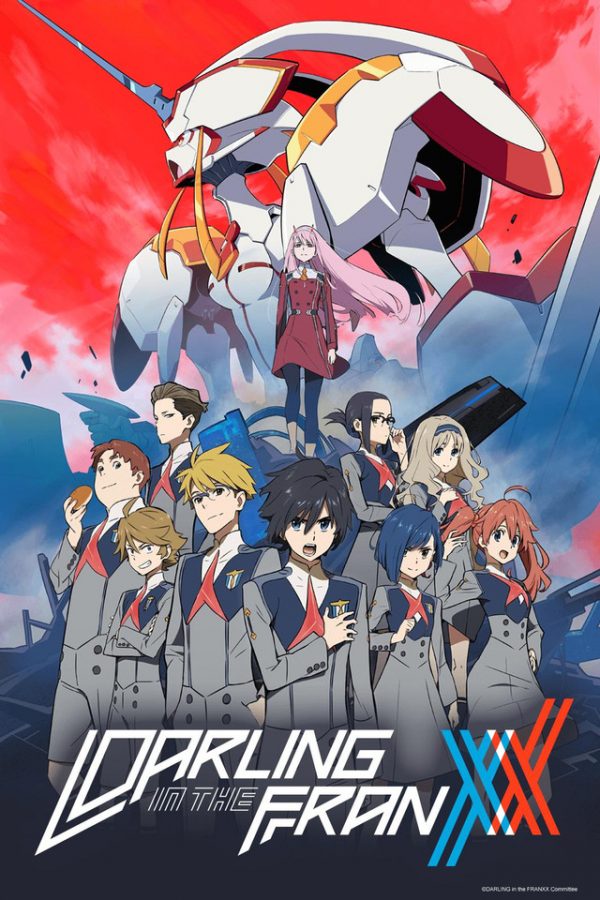 “I think I have taken a liking to you. Won’t you be my Darling?” Do you enjoy anime? Do you enjoy genres like romance, comedy, action, and drama? Then “Darling in the Franxx” may be an anime for you. This anime was rated 4.3 / 5 stars based on CrunchyRoll and is one of the most popular anime. It’s about the world in the distant future with the Earth being a wasteland and young humans called “children” only having the purpose to fight. Their enemies are giant mysterious organisms and the only way to fight them is to use the  Franxx- giant robots only able to be separated by boy and girl.

With that, the anime starts with a boy named 016 also known as Hiro, who is the main character and his lover 002 known as Zero Two. Zero Two is known as the ‘partner killer,’ this meaning that after riding in a robot with her three times the stamen/male dies. But only one boy is able to survive those times, who later turns out to be Zero Two’s true ‘darling’ from the past. Within this anime includes a team, a part of Hiro and Zero Two, they are different yet similar to other teams. In the story they act different and are more emotional than other teams but they lack the knowledge of life-childbirth, marriage, love, and how to catch and make their own food-and follow the rules from the ‘adults.’

This anime is one of my all time favorite. The emotional rollercoasters you will get from watching all 24 episodes- the anger, the sadness, the excitement, the heartfelt- you will feel all these mixed emotions within each episode. So if you’re interested in a show with romance, comedy, sci-fi, action, and drama, then this is a show for you. It can be in a way ‘weird’ because different cultures as well as how they draw certain things but after awhile you get used to it and accept it.