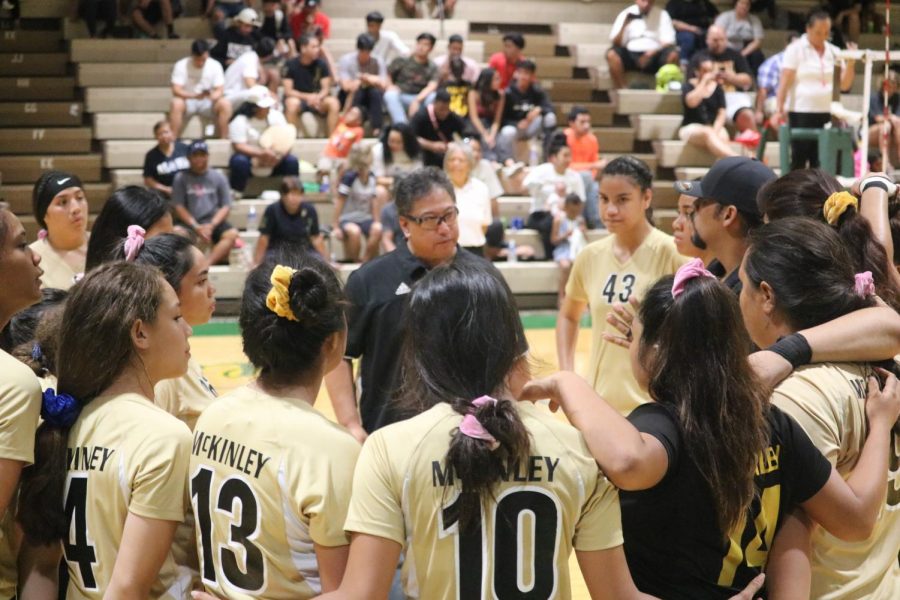 The Tigers made it to states and got fifth this season. photo by Shileen Lafaele

In 2018 McKinley High School’s varsity girls volleyball team made it to playoffs, but lost in the semifinals. The Lady Tigers played with a chip on their shoulder the following 2019 season and made it to the DII OIA quarterfinals and placed fifth in states.

Senior Arianna Llamas has been on the varsity squad since her freshman year. Her first season, the Lady Tigers went 0-11, but steady improvements were made since. She said that this year the team set goals during preseason and worked harder than ever to reach them.

“Being a part of this team that helped the McKinley volleyball program back to the top where it belongs is very special to me,” Llamas said. “The girls and I worked 10 times harder in practice and always focused on reaching the goals we set together… We wanted to come back fired up our senior year because it was our last chance to go all out, and we did.”

The Tigers finished 12-5 overall this year, beating every DII team they challenged. ScoringLive even featured Llamas and the rest of the team after their clutch win against the Kalaheo Mustangs.

“Our key to success was to focus and stay relaxed while playing, and to have good chemistry with each other on and off the court,” four-year player Alyssa Martin said.

The team says they are excited for next season, and are determined to keep McKinley at the top. The chase for a new championship banner continues, but these senior athletes are proud of their accomplishments.

“Looking back, my four years playing for McKinley definitely went by fast, but I wouldn’t want to have written a different story,” Llamas said. “The memories, tears, girls – past and current, the coaches and our families will forever hold a place in my heart and I’m beyond proud to have represented McKinley.”