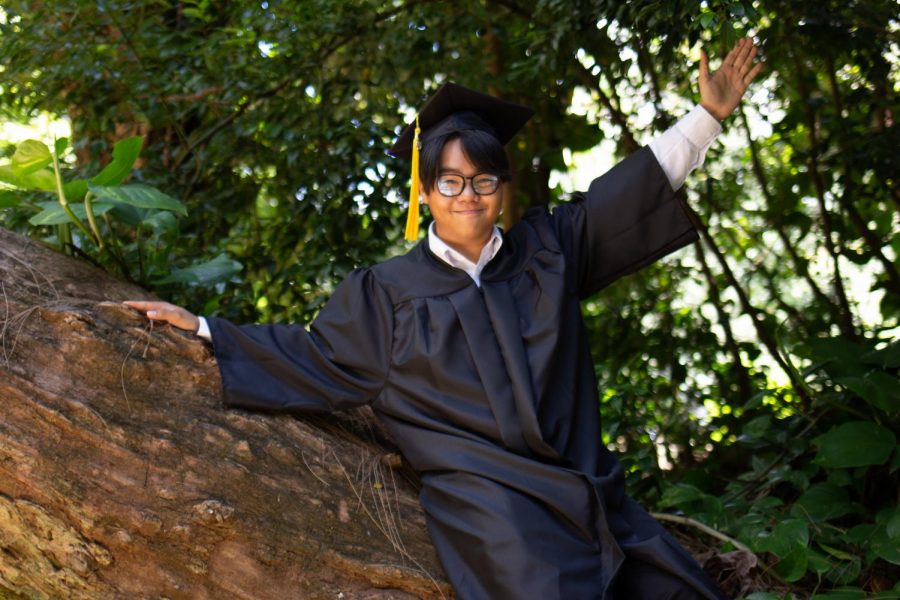 Thompson Wong worked on The Pinion staff his junior and senior year.

McKinley High School’s Pinion is celebrating its 100th anniversary. Thompson Wong graduated in 2019 and was a member of The Pinion staff his junior and senior years.

Thompson Wong graduated in 2019 and was a member of The Pinion staff his junior and senior years.

Over those two years, Wong held many positions. He was a reporter, assistant editor, and design editor. He said being an editor means you take more responsibilities and work harder. He helped the editor-in-chief organize layouts and pick articles that worked for the current issue.

As design editor, Wong modernized The Pinion’s design to a more magazine style.

“Moving the design language of The Pinion to a more modern format was especially difficult. We had to find inspiration and try to create our own style and that takes a lot of work,” Wong said.

Wong also created The Pinion header for the centennial year. He wanted to recreate the original header from the 1920’s but modernize it to fit in with the current design layout.

The Pinion helped Wong gain experience and now he is majoring in communications. Wong said he joined The Pinion because he wanted to improve his writing as he had mostly done creative writing before.

His advice to current Pinion staffers is to “have fun and put in as much effort as you can because this class can really help you in the future.”

Wong said he reads articles in a different way after working for The Pinion. He reads more news articles than before he joined The Pinion and he views things in a journalistic way.

“Every time I write an essay, I always have Ms. Reves (The Pinion adviser) in my head just telling me don’t use sentence fragments and stuff like that,” Wong said.

The Pinion gave Wong memorable experiences. One of his favorite memories was after the first Work Party of his junior year where only a few people stayed to continue working after the fun was over.

“As always, we usually did it late,” Wong said. “We worked on the first issue up until night came, then came back the next day and worked until the sun was out again!”

This was the first time Wong felt he was dedicating himself to working so hard.

“It was the first time that I had really thrown myself into the work, and I loved it. From that point on, I knew that I wanted to keep doing more for The Pinion,” Wong said. “Just putting in the effort, working and finishing it made me feel like I was doing something really great.”